Six Melodies is a collection of six pieces for violin and keyboard instrument by John Cage. It was composed in 1950, shortly after Cage completed his String Quartet in Four Parts. The work uses the same techniques the gamut technique and the nested rhythmic proportions. First, a fixed number of sonorities (single tones, intervals and aggregates) is prepared, each created independently of the other. These sonorities are called gamuts. Sequences of gamuts are then used to create melodies with harmonic backgrounds that are in no way connected to functional harmony, which Cage sought to avoid. The collection of gamuts used in Six Melodies is nearly identical to the one used in the String Quartet (Cage called Six Melodies "a postscript" to that work. The structure of each piece, and that of each phrase, is defined by the same rhythmic pattern: 3 1/2, 3 1/2, 4, 4, 3, 4. The violinist is instructed in the score to play without vibrato and with minimum weight on the bow.

Modern music—especially American music, with its tendency to invite various traditions to share the same compositional space—can be a generous art, an art which welcomes inclusivity. Here are works by John Cage (born 1912), Yehudi Wyner (born 1929), John Harbison (born 1938), and Stephen Hartke (born 1952)—four American composers from different generations with different sensibilities, representing very different approaches to writing for the violin. Yet however much these works represent various facets of American violin music, each in its own way provides an example of the American habit of musical absorption and transformation.

Both are works typical of their time—the Fifties—and typical of American composers' ability to absorb French musical influences and then transform them into something radically different. With Cage that means a high regard for Erik Satie, immediately apparent in Six Melodies. Written in 1950, shortly after Cage had returned from an extended visit to Paris where he had studied Satie's scores, these half dozen aphoristic pieces reveal wisps of restrained Satiesque melody that go nowhere. They are also indicative of Cage's early interests in both Zen thought and chance operations, this being the time when he famously pronounced: “The responsibility of the artist consists in perfecting his work so that it may become attractively disinteresting.”

Cage thus asks that the violinist play without vibrato and with minimum weight on the bow, creating simultaneously disinterested, yet very beautiful, sound. What is more innovative in the score, however, is Cage's way of finding violin equivalents of the percussion music he had been writing over the previous dozen years. The music is organized not by pitch, but by rhythmic durational structures—each of the six melodies having the same rhythmic structure of 31/2, 31/2, 4, 4, 3, 4—like his percussion music. Set in contrast to the clear, bell-like piano utterances, the violin part focuses a listener's attention on the actual sounds made by playing the instrument, including extraneous noises such as the sound of horsehair on string in the many passages of soft harmonics.

If Cage's desire was to take an already cool French music and make it more dispassionate still, Wyner's seems to be just the opposite. A composer who came out of the Gallic-inspired American neoclassical tradition, Wyner began opening up his style to a greater variety of dramatic expression with Concert Duo, completed in 1957. Indeed, he cannily stage manages the drama as much through his written directions to the performers as through his intricate violin writing, with suggestions like the one that the violin “sneak in before the downbeat of the bar.” 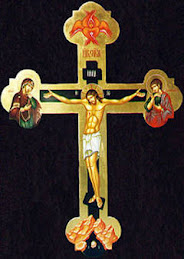 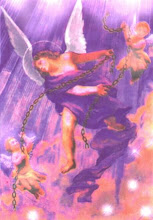 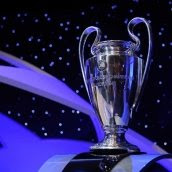